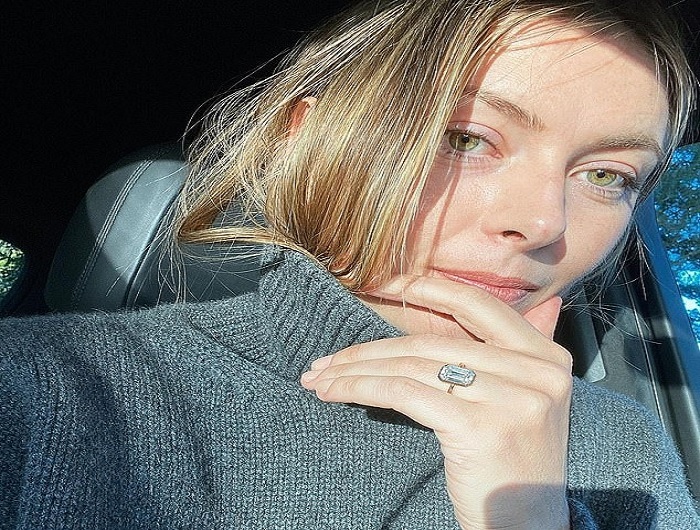 She announced her engagement to Alexander Gilkes on December 17, 2020.

And now details about her gorgeous Jessica McCormack diamond engagement ring have been revealed. 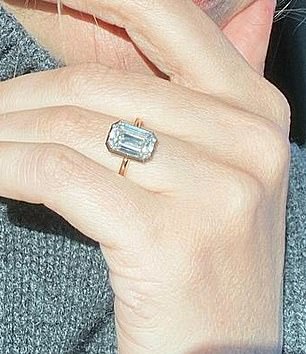 Maria, 33, confirmed her engagement to Alexander, a British businessman, art dealer and the co-founder of Paddle 8 (an online auction house) on December 17, 2020 on her Instagram page.

The retired tennis player wrote in the social media post: ‘I said yes from the first day we met.’

Adding: ‘This was our little secret, wasn’t it @gilkesa.’

Alexander made a similar post as he wrote: ‘Thank you for making me a very very happy boy. I look forward to a lifetime of loving you, and learning from you @mariasharpova

He was married to popular New York fashion designer Misha Nonoo for four years until their split in October 2016. 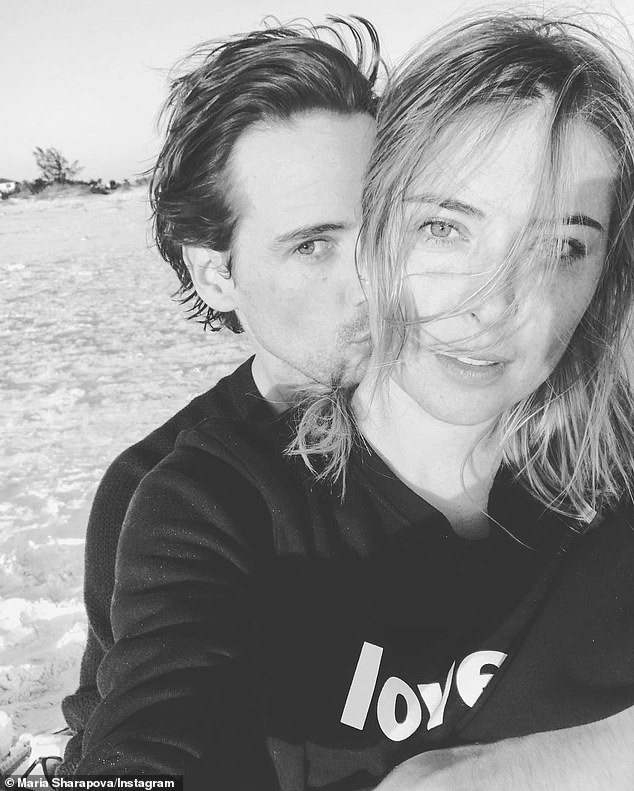 Lovebirds: The gorgeous jewelry is handcrafted in 18K rose gold and oxidized silver with a central emerald cut diamond

Alexander was a guest at the royal wedding of Prince William and Kate Middleton back in 2011, and his younger brother Charlie dated Pippa Middleton for years before splitting with the part-time columnist and full-time socialite.

Maria is one of the most decorated tennis players of all-time as she is one of ten women to hold the career Grand Slam and is the only Russian to have accomplished that feat.

Back in February, she announced her retirement from tennis in an essay for Vanity Fair.

She was previously engaged to Slovenian basketball player and Los Angeles Lakers champion Sacha Vujacic in 2011 after two years of dating.

She then confirmed their split in August 2012.

The former tennis pro then moved on to a three year relationship with Bulgarian tennis player Grigor Dimitrov before splitting in 2015.