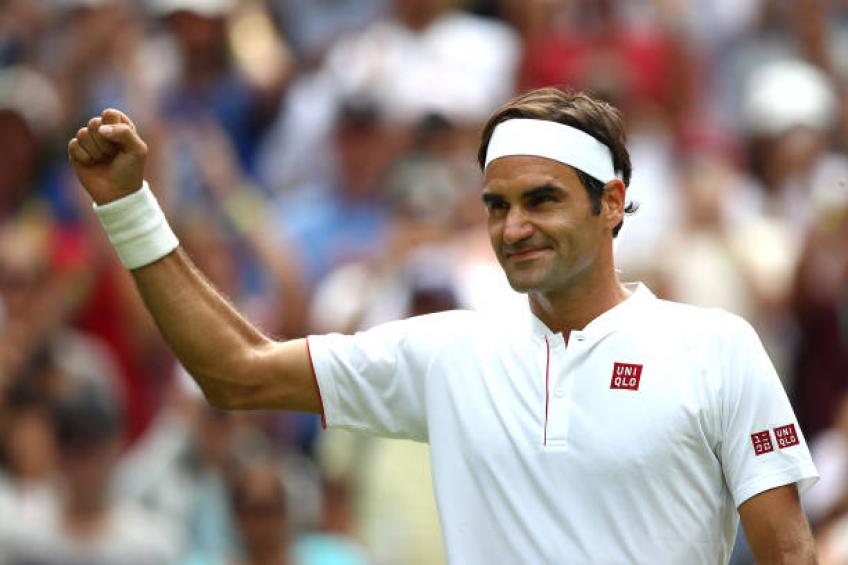 There are many factors that helped Roger Federer to play for more than 20 years on the professional tour. One of them, the fans’ support.

‘Fans were very important throughout my career, everywhere I go they give me the feeling of being at home, they help me through difficult defeats, they‘re one of the reasons I‘m still playing.

LONDON, ENGLAND – JULY 16: Roger Federer of Switzerland celebrates victory with the trophy after the Gentlemen’s Singles final against Marin Cilic of Croatia on day thirteen of the Wimbledon Lawn Tennis Championships at the All England Lawn Tennis and Croquet Club at Wimbledon on July 16, 2017 in London, England. (Photo by Clive Brunskill/Getty Images)

Without them I‘d have probably ran away 6 years ago‘, Federer recently told Style Magazin.

The world No. 2 also spoke about how he deals with mental aspect in tennis: ‘I used to work with a mental trainer, but that was when I was probably 16-17, because I had a bad behavior more than anything, and I am happy I was able to get away from that.

No more breaking rackets, no more complaining, no more commentating my own points at each time.

But at the end of the day, was myself who had to convince myself of changing and I was only able to change that when I was about 20.

MELBOURNE, AUSTRALIA – JANUARY 28: Roger Federer of Switzerland plays a backhand during his Men’s Singles match against Tennys Sandgren of USA on day nine of the 2020 Australian Open at Melbourne Park on January 28, 2020 in Melbourne, Australia. (Photo by Andy Cheung/Getty Images)

I think it’s important to learn from mistakes and losses because you usually learn more there than from wins. Natural.’ Speaking about his life after tennis, Federer said: ‘I have a family, I want to spend time with them, I want to settle in Switzerland.’