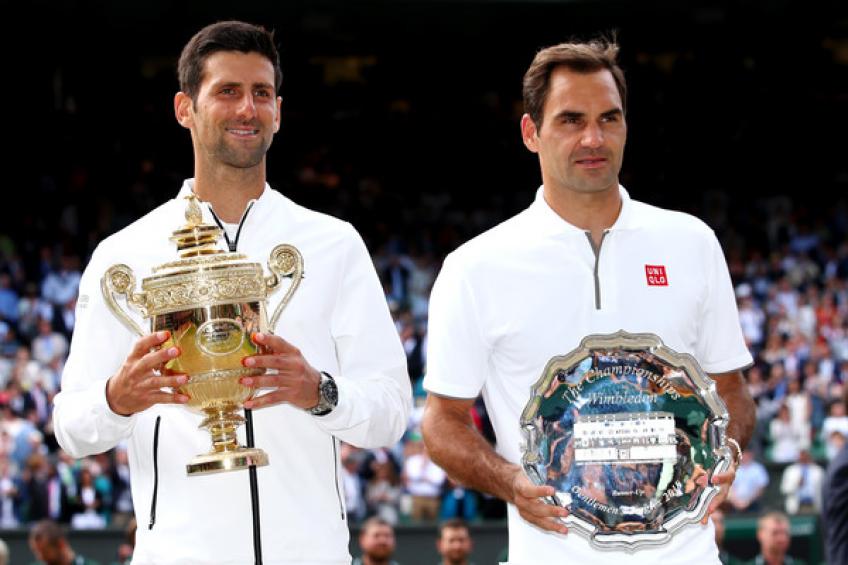 Novak Djokovic and Roger Federer are two wins away from facing each other in the Roland Garros quarter-final. Since their first clash in Monte Carlo 2006, Roger Federer and Novak Djokovic have forged one of the greatest rivalries in tennis history, battling numerous times for the most notable titles.

Djokovic spoke about Federer in Rome last year, saying he would love to see their GOAT battle going on for a couple of more years, backing Roger to overcome the injury and return stronger in 2021. Praising the Swiss, Djokovic said he is one of the players to watch regardless of age, reminding everyone that Roger can still reach Major finals.

The 20-time Major champion had to skip all the events after the Australian Open last year, undergoing two knee surgeries and returning to action this March. In 2017, 2018 and 2019, Federer was the closest rival of Rafael Nadal and Novak Djokovic, fighting for big titles and leaving much younger opponents behind him.

The Swiss wasted a 4-2 advantage at home in Geneva against Pablo Andujar for an early exit before finding his form at Roland Garros. Toppling Denis Istomin and Marin Cilic, Federer became the oldest player in the third round at Roland Garros in the Open era, facing Dominik Koepfer in a battle for the fourth round on Saturday night.

“Roger Federer is injured and will not compete for the rest of the season; still, I’m sure he will come back. Regardless of his age, he’s always the favorite. You know, if he feels good physically, he should be up there fighting for the titles.

Roger keeps on proving to everyone that he can make it, reaching Major finals in the last couple of years. The race for most Major trophies is there, and it should be a great one if all three of us remain healthy for a couple more years,” Novak Djokovic said.