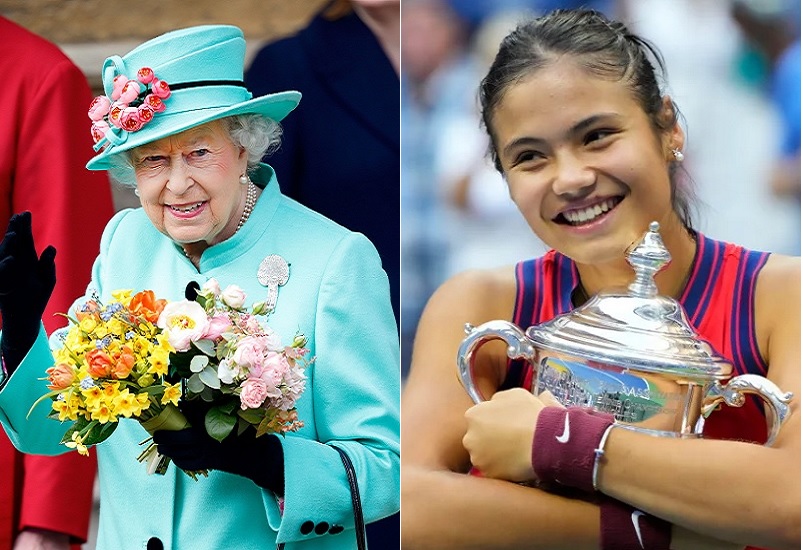 18-year-old Emma Raducanu wrote her name in the history books by clinching her maiden Grand Slam in the US Open. Facing talented teenager Leylah Fernandez, the Briton won the women’s singles final in Flushing Meadows 6-3, 6-4. While her performance drew praise from all corners of the globe, royalty graced those cheers as Queen Elizabeth praised her performance.

With her straight sets victory over Fernandez, Raducanu sealed the hard court Grand Slam without dropping a set. In addition, she became the first player to come through the qualifying rounds and win a Grand Slam title in history.

Despite being ranked #150 at the start of the tournament, the 18-year-old shined in New York with excellent gameplay. While praises continue to pour in for the Briton, Her Majesty sent her own form of praise for the teenager.

She wrote, “I send my congratulations to you on your success in winning the United States Open Tennis Championships. It is a remarkable achievement at such a young age, and is testament to your hard work and dedication.

I have no doubt your outstanding performance, and that of your opponent Leylah Fernandez, will inspire the next generation of tennis players. I send my warmest good wishes to you and your many supporters.”

Prince William and Kate Middleton join long list of well-wishers
Along with the Queen, the Duke and Duchess of Cambridge also sent their congratulations to the 18-year-old. Taking to Twitter, they wrote, “Huge congratulations @EmmaRaducanu on your stunning performances and historic Grand Slam victory! Incredible –we are all so proud of you.”.

Along with congratulating Raducanu, they also praised Fernandez for her run to the final. “@LeylahFernandez well done on your amazing achievements at this year’s #USOpen, it’s been a pleasure to watch,” they concluded. While now is the time for the 18-year-old to celebrate, the WTA tour still has tournaments left this year. How far can Raducanu go this year? Only time will tell.