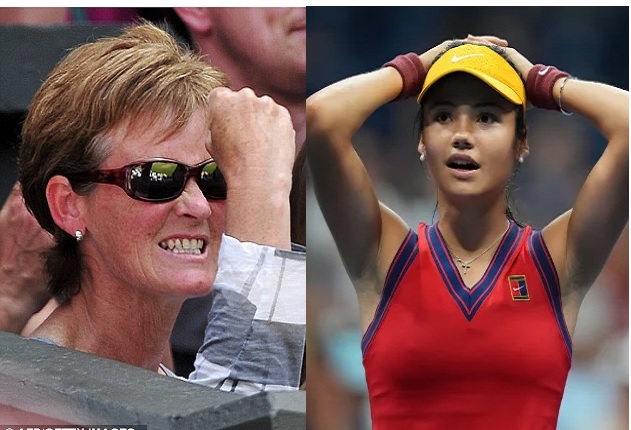 UDY Murray has weighed on the online row between Andy Murray and Piers Morgan following the former Good Morning Britain host’s comments over tennis ace Emma Raducanu. Raducanu’s brilliant Wimbledon run came to a sad end in the fourth round when the 18-year-old was forced to withdraw with breathing difficulties during the second set of her clash with Australia’s Ajla Tomljanovic.

Morgan and ex-tennis player John McEnroe were criticised on social media for jumping to the conclusion that Raducanu could not handle the occasion and conflating her withdrawal with Naomi Osaka’s mental health difficulties.

Andy Murray snapped back, arguing that was a “very harsh” take on the situation. Now his mum Judy has also weighed in. She wrote online: “Middle-aged men should generally avoid commenting on the physical or mental well-being of teenage girls.

“They will NEVER experience or fully understand that world.”

McEnroe said on the BBC: “I feel bad for Emma. It appears that it got a little bit too much, as is understandable, particularly what we’ve been talking about these last six weeks with Naomi Osaka not even here. How much can players handle? Hopefully she’ll learn from this experience.

“Maybe it’s not a shame that it happened right now, when she’s 18. I think, seeing this, expectations drop a little bit, allow her to take a couple of deep breaths. She’ll get some nice wild cards into events now.” Morgan then took to Twitter today and insisted that McEnroe was telling the truth.

He wrote: “McEnroe told the truth. Ms Raducuna’s a talented player but couldn’t handle the pressure & quit when she was losing badly. “Not ‘brave’, just a shame. If I were her, I’d tell my fans to stop abusing McEnroe, & seek his advice on how to toughen up & become a champion like he was.”

Andy Murray then hit back on Twitter as he quoted Morgan’s tweet. He said: “Think this is a very harsh take on the situation Piers. “I think some of what he said was fair yes.. however the timing of it was a bit off considering nobody had any clue what her issue was injury/illness/breathings issues etc at the time of his comments.”

Morgan then responded adding: “Well, I just felt the reaction to what McEnroe said was absurdly OTT. Didn’t you?”

Asked about McEnroe’s comments, Raducanu’s opponent Ajla Tomljanovic said: “I wasn’t 100 per cent sure what was wrong with Emma. I’ll start with saying that I can’t imagine being in her shoes at 18, playing a fourth round in your home country.

Naomi Osaka heads out for vacation after losing US Open