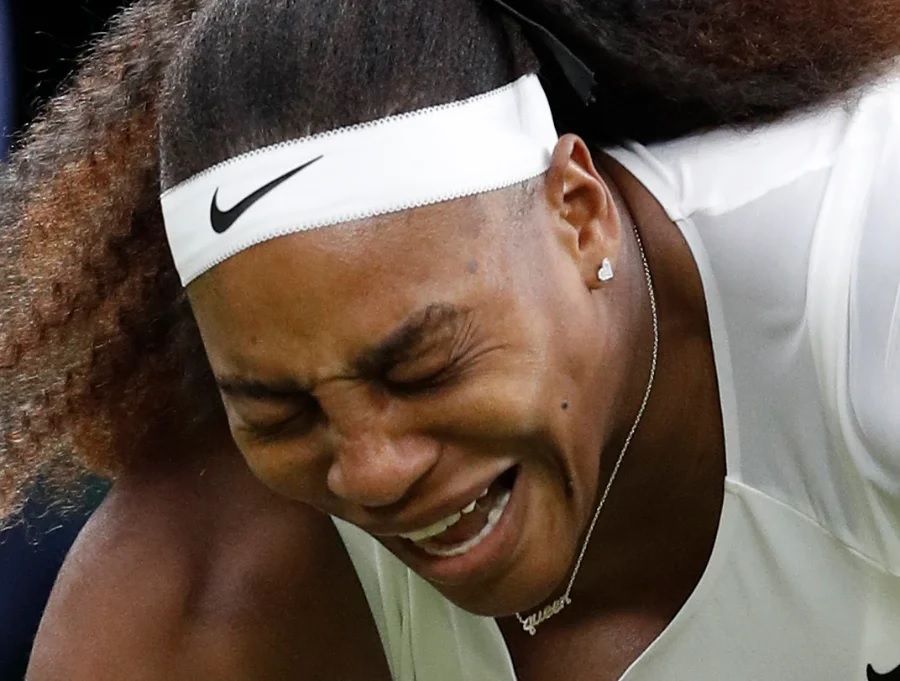 The Center-court at Wimbledon continues to be haunt top players as there were frequent falls faced by several stars like Novak Djokovic, Roger Federer, and Serena Williams recently. In her first-round matchup against Aliaksandra Sasnovich, the legendary American retired midway after struggling initially with her movement.

The American was a break up in the first set before taking a medical timeout. Even though she did make a comeback to the court after a few minutes and hit typical forehand winners, she was in tears during her serve as she couldn’t move.

Serena Williams was forced to retire from her first-round match at Wimbledon
Unable to reach to a shot by the Belarusian, Serena Williams just fell on the court and was drenched with sadness as she waved good-bye to the crowd. The veteran player was so emotional as she left the court in tears.

It was unfortunate to see a champion playing the sport for sheer passion and putting her best efforts to fight day in and day out. In a career spanning over two decades, Serena Williams won every known title in the sport and was an inspiration to many other grand slam champions. In her pursuit of winning the 24th major title, the American reached the finals four times since winning her last major title at the 2017 Australian Open.

Whenever she played the finals of a grand slam in recent years, the burden of winning another major title was evident in her game play as she made unusual errors and even hit a lot of double-faults under pressure. Even this year, the American lost to Naomi Osaka in the semi-finals at the Australian Open and was defeated by Elena Rybakina in the fourth round of French Open.

Before the start of Wimbledon, Serena Williams didn’t play any grass-court tournament. The lack of match practice might be one of the reasons for her shocking retirement today. Serena Williams couldn’t adjust to the surface as quickly as she used to do and struggled with her movement even after leading her opponent 3-1 in the first set.

All the hopes were now on the US Open as the former world number one decided to stay out of the Tokyo Olympics.