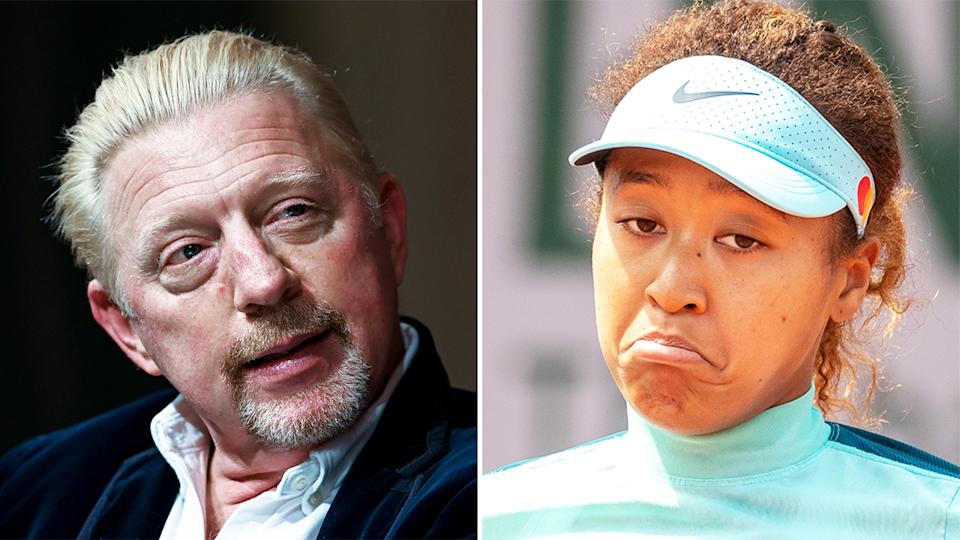 Tennis great Boris Becker has come down heavily on Naomi Osaka for her withdrawal from Wimbledon Championships citing mental health. The current women’s World No.2 pulled out of the Major amid the continuing furor over her shock decision to pull out of the women’s draw at Roland-Garros.

For an announcement she made in quest of mental peace, Osaka ended up drawing a world of attention to herself after she decided not to do press during the French Open. The French Tennis Federation, the tournament organizers, responded by throwing the rulebook at her and threatening her with expulsion if she continued to keep away from press conferences.

Sharing a long note on Twitter, the reigning Australian Open champion announced her withdrawal from the event revealing that she had been battling mental health issues over the last couple of years and had even faced anxious moments when it came to dealing with the press. The announcement evoked empathy and support from peers, including Serena Williams, Coco Gauff and Novak Djokovic,

but some questioned her decision saying that meeting media commitments is something that every professional athlete signs up for. Osaka too young to buckle under mental pressure says Boris Becker. Speaking to The Times, London, Becker was more forthright and less forgiving of Osaka in the matter, saying there are people who are placed far worse in life than her.

The six-time Grand Slam champion added that the argument of mental health and pressure holds when a person is struggling to put food on the table or doesn’t have a job or is battling serious illness or injury.

He seemed to suggest that an athlete so well-endowed as the Japanese tennis star is in terms of fortune and having her family as a solid support system to fall back on shouldn’t be hiding behind the veneer of mental health.

“Is that really pressure? Isn’t it pressure when you don’t have food on the table? When you have got to feed your family and don’t have a job? When you have a life-changing injury? Isn’t that more pressure?” Becker said. He added that Osaka, at 23, is far too young to be buckling under pressure or complaining of mental breakdowns.