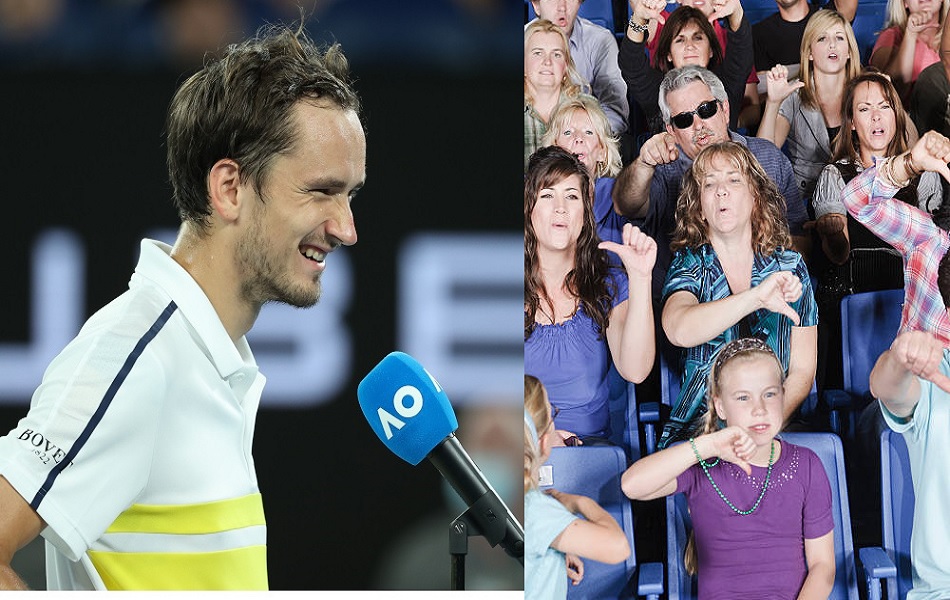 Daniil Medvedev shocked the US Open crowd during his winner’s speech. Daniil Medvedev thrashed Novak Djokovic in the US Open final to deny the world No 1 a 21st Grand Slam title, which would have taken him ahead of Roger Federer and Rafael Nadal’s record.

The Russian then apologised to his Serbian rival and left the US Open crowd aghast by telling Djokovic that he is better than Federer and Nadal. 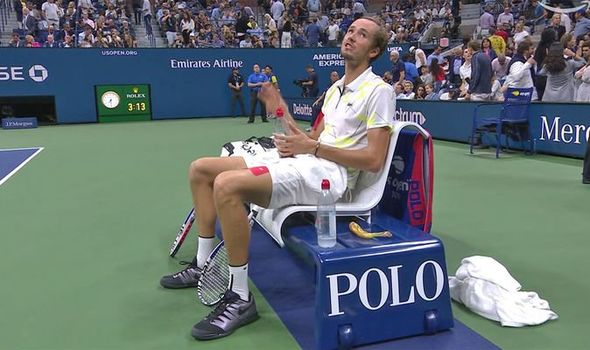 “First of all I want to say sorry because we all know what he was going for today, what he has accomplished this year and throughout your career,” Medvedev said.

“I have never said this to anybody but I will say it right now. For me you are the greatest player in the history.” The crowd all took a loud intake of breath following Medvedev’s admission.

Federer and Nadal are the fan favourites at every event they attend, which has often got under Djokovic’s skin. However, the 34-year-old had the greater vocal support inside Arthur Ashe Stadium during his battle with Medvedev. 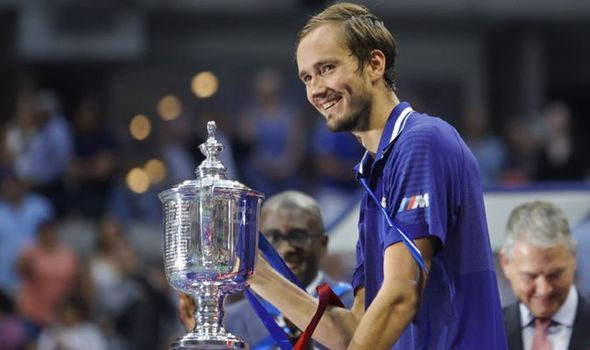 Djokovic was emotional while sat in his court-side seat during the closing stages of his 6-4, 6-4, 6-4 loss. And he was unable to regain his composure as Medvedev stormed to his first Major title.

“Last but not least I want to finish my speech on a very sweet note,” Medvedev said. “It is a certain anniversary for me and my wife today.

“During the tournament I couldn’t think of a present. After the semis I thought, if I lose in the final, I need to find a present fast.