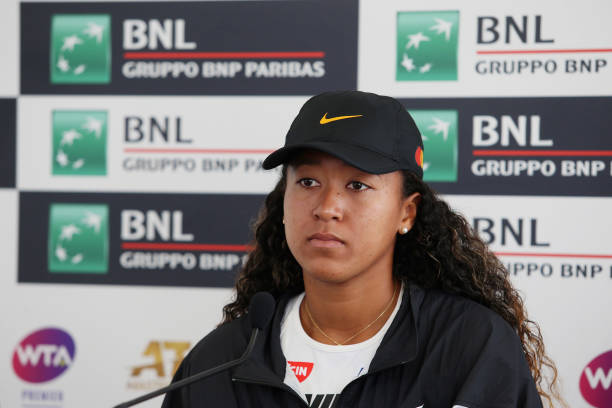 During the press conference at the Cincinnati Open 2021, Daugherty came under fire for a question he posed to Naomi Osaka on Monday at her first press conference since pulling out of the French Open in May. Osaka broke down in tears after Daugherty asked her about benefitting from media attention while refusing to speak to reporters

The tennis pro’s agent branded Daugherty a ‘bully’ and accusing him of ‘really appalling behavior. Osaka has come out to respond to her actions at the 2021 Western & Southern Open by saying was proud of her decision to refuse the media briefings. Osaka wrote in an opinion piece for Time that she does ‘love the press’

but believes news conferences in the tennis world are ‘out of date and in great need of a refresh’ and asked for ‘some level of privacy and empathy’ going forward.

‘This was never about the press, but rather the traditional format of the press conference,’ she explained about her skipping the press briefing,

‘I’ll say it again for those at the back: I love the press; I do not love all press conferences.’

She added that she has enjoyed strong relationships with members of the media throughout her career and has long given time to interviews.

“I’m not perfect…” : Lewis Hamilton Compares Himself With Roger Federer