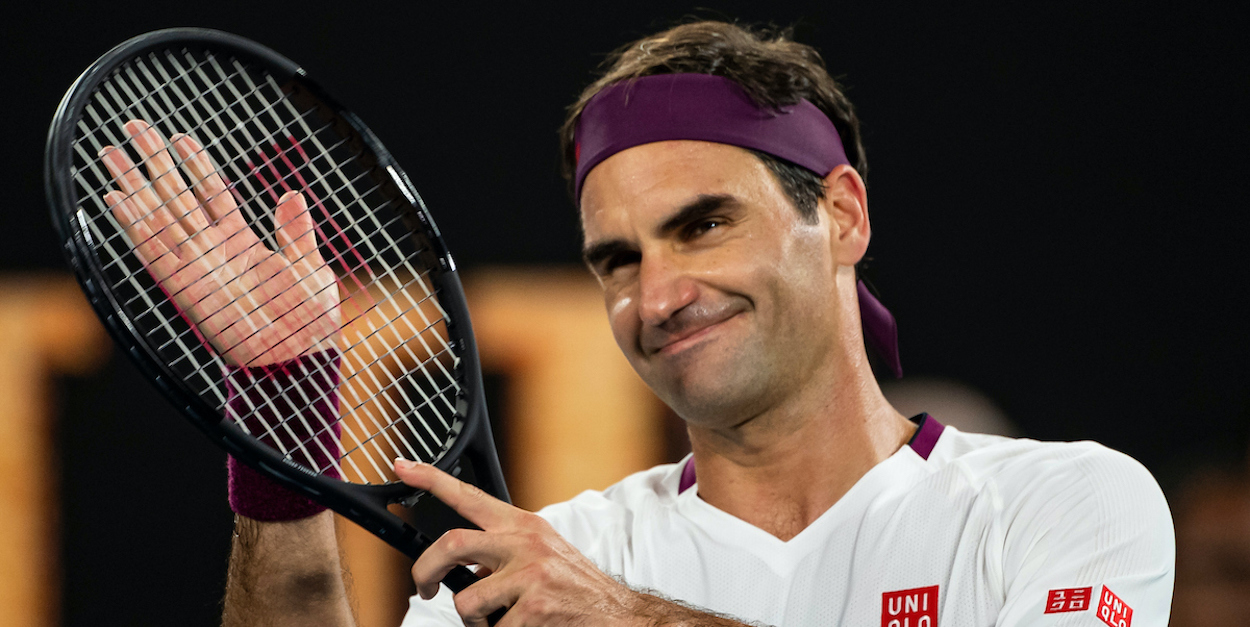 They came spotting Roger branded T-shirts, Roger earrings and Tattoos .They were not disappointed, Roger Federer bested Marin Cilic and carried the Wimbledon cup for the 8th time without dropping a single set.

The world loves a great comeback story. A story that started 16years ago in 2001, when nobody knew the name Roger Federer. He was top 100, at the time…

Wimbledon: He caused a sensation by knocking out reigning singles champion Pete Sampras in the fourth round. Sporting a bandana with ponytails, it was a fierce 5 set match that ended the reign of the champion.

Wimbledon: following a successful season on grass, Federer became the first Swiss man to win a Grand Slam title when he emerged victorious at Wimbledon.

A champion is born.

This year was a coming out party for Federer who started with a world ranking of No. 2. He won the Australian Open, the U.S. Open, the ATP Masters 1000 & 500 and retained the Wimbledon singles title. He was the sensation of male tennis. He ascended to the throne of world number one.

Federer went on to become world’s number one for 52 weeks, sweeping over 30 titles and winning major grand slams. Of course he met growing contender Rafael Nadal and Djokovic. They defeated him sometimes, but did not stop his reign

was a really bad year for Roger Federer. He lost Wimbledon final to Raphael Nadal in what was called one of the greatest final games of all times. He also lost to Nadal in the Finals of French open. He crashed out in Semi – finals of Australian open thanks to Novak Djokovic.

He slid to number 2 position; though he won an Olympic gold medal that year for men’s double, his invincibility was broken. Roger Federer battled a viral illness called Mononucleosis. It was caused by extreme fatigue. But he refused to take time off playing

In 2009, He won French open and Wimbledon. He took back his throne as world’s number 1 but with lots of blood, sweat and tears.

He won just one grand slam (Australian open) and suffered shocking defeats in the others exiting at quarter finals and group stages. He relinquished is number 1 title

was his worst year yet. He did not win any of the four majors in 2011, the first time this has happened since 2002. Later that month, in September 2011, in a South African poll, Federer was voted the second most trusted and respected person in the world, next to Nelson Mandela. He finished as world’s number 4

Man – aboard: Federer grabs a lifeboat

At this time, he had been written off as a fallen star. People were surprised he was still playing until he came back into Wimbledon, conquered and won the grand slam.

He crashed out of the other three grand- slams in Semis and quarter Finals. But won six other smaller titles. Armed with these titles he bleed his way back to world’s number 1.

The fall of Roger Federer

this was his worst decline in form, at about 31 everyone predicted it was time to retire. Let the new talents Djokovic and Nadal shine. This year also marked the first time since 2002 that Federer did not reach a major final.

His only title win of the season was a victory at the Gerry Weber Open in Halle, an ATP 250 event. He also dropped five places to world’s number 7 his lowest ranking in 11 years.

When interviewed Federer confessed he kind of felt he cannot win due to a back injury, but wanted to give it a try with his experience.

He changed his coach, his racket and went back to the court. He did not win any grand slam but he made the semifinals & finals. He also won the Davis cup and the Shanghai cup. With a total of 5 titles he hanged in there as world’s number 2.

He also made finals in Wimbledon and US open. He played fairly well and closed at world’s number three.

A knee and back injury forced him to take the rest of the year off. He just turned 35 at this time. Retirement age. Because he was not playing, for the first time in 14years, Federer did not make top 10

As far as pundits were concerned that was the end of Roger Federer. If he ever played again, he would be lucky to reach a semifinal.

2017: The Great comeback of Roger Federer

Six months off must have been time for some serious reflection and thought.

“For me [taking a long rest] worked out. It doesn’t mean it’s going to work out for everybody. But sometimes maybe the body and the mind do need a rest.” Roger Federer

Roger Federer performed one of the most remarkable feats in the history of sport: at age 35, he re-invented himself and his game.

He improved his backhand return and got a bigger racket.

The Australian open was where Federer’s renovation project was put to the test.

He met his nemesis Rafael Nadal; he defeated him in a 5 set Epic

His return project was a hit.

“Hard to Describe How Huge That Moment Was”: Andy Murray’s Mother Relives Her Son’s, Greatest Moment