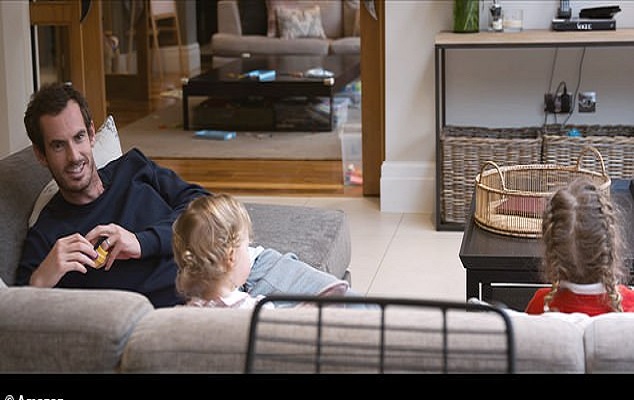 Tennis champion Andy Murray has listed getting his four children – who are all under five – to bed on time as his proudest achievement in life. The two-time Wimbledon winner – who shares Sophia, five, Edie, three, Teddie, one, and a third daughter, thee months, with wife Kim – claimed:

‘Seeing the kids sitting at the table behaving and eating their food and going to bed at the right time, those sort of things make me proud.’

Speaking to This Morning’s Alison Hammond, Andy, 34, also added that one of his children is already showing similar traits to her sporting dad.

‘My eldest daughter plays [tennis] once a week and if she wanted to I’d be happy but at their ages it’s important to be doing stuff with their friends,’ he said.

As he prepares to compete in Wimbledon 2021, after a year’s break due to the pandemic, Andy also revealed one of his superstitions.

‘I tend to use the same shower. It’s a bit weird, especially if there’s someone else in there – it’s a bit odd standing outside the cubicle,’ he joked.Centre Court at Wimbledon on Monday will see Andy play against his metal hip, his desperate lack of match practice and Nikoloz Basilashvili of Georgia.