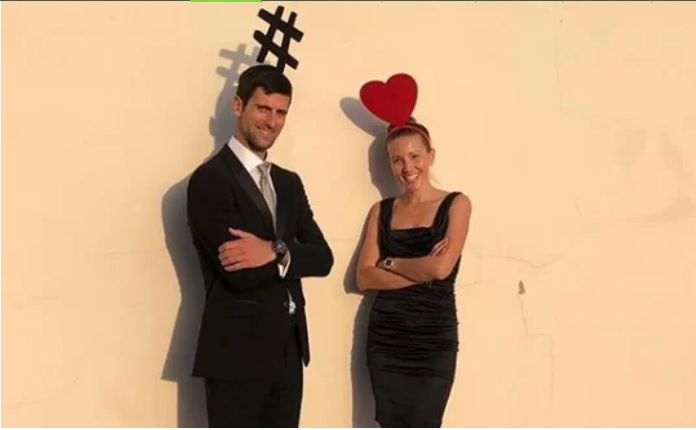 Novak Djokovic and his wife are college sweethearts and both of them are together since 2005. They first met in high school in Belgrade. According to Jelena’s mother Vera, it was love at first sight for the couple. Both of them were a perfect fit for each other.

Jelena was one of the most beautiful girls in the city and it did not escape the eyes of the world no.1.
How Novak married Jelena?
It was not at all easy for the couple to be together in the initial days of their love life, while Jelena went on to study luxury brand management at Milan’s prestigious Bocconi University, Novak was busy on tours.

Most difficult was the fact that they did not have enough money at that time and aeroplane tickets were expensive for their pocket. Despite all this, both were able to get time to meet each other.

“Us getting together was like science fiction almost. I was a student barely getting by, and he was a very young tennis player who also had no money to spare on expensive trips, aeroplanes were, at the time, something utterly out of our reach. We contrived and devised these plans how to meet, how to make our relationship work.”

In 2011, doctors diagnosed Novak with celiac disease which was obviously the reason behind his fatigue during matches. Novak went on for a complete diet change which improved his condition and he became an unstoppable force in tennis after that.

In 2013, Novak proposed Jelena in Couvent des Minimes hotel in Provence, France and announced the news on Twitter:

“Meet my fiancé and future wife 🙂 So happy! Thank you for wonderful wishes #NoleFam and friends!”

Both got married in July 2014. Seeing his wife in the wedding dress, Djokovic had expressed his love in the following words: “Seeing her for the first time in her wedding dress, smiling and walking towards me… She looked like an angel.”

“I was just so happy and probably being pregnant makes it quite difficult to control the emotions. I am so blessed to have him in my life. I couldn’t ask for a better partner than him.”

“You’re Too Young To Be Wearing Heels”: Serena Williams’ Husband Reacts as Olympia Plays With Her Dolls