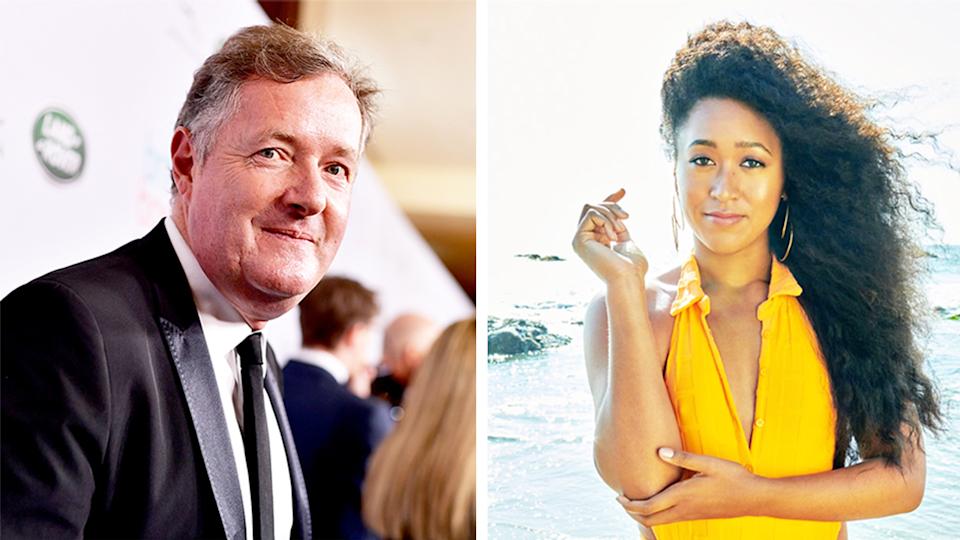 Naomi Osaka has entered into a Twitter spat with conservative commentator Megan Kelly and blocked Piers Morgan after the pair took a dig at the tennis star over her latest magazine feature. Osaka made history after becoming the first Japanese and Haitian woman to appear on the front cover of Sports Illustrated in a swimsuit photo-shoot.

The World No.2, who is representing Japan at the Tokyo Olympics, proudly posted the cover on her social media. But the move attracted detractors who took aim at the Australian Open champ for appearing in the media, despite her recent break from the spotlight. Osaka recently took time away from the game,

withdrawing from the French Open and skipping Wimbledon, on mental health grounds. In the break, the wildly popular and successful athlete has announced a collaboration with Barbie for her ‘Role Model’ doll, had a Netflix mini-series released about her and appeared on Vogue, Time Magazine and Sports Illustrated.

All these media engagements would have been months in the work and the timing of release pre-planned. But conservative pundits Megan Kelly and sports pundit Clay Travis took digs at the World No.2 suggesting she was being ‘hypocritical’ after appearing in the media during her break.

“Since saying she’s too introverted to talk to the media after tennis matches, Naomi Osaka has launched a reality show, a Barbie, and now is on the cover of the SI swimsuit issue,” Travis tweeted.

Kelly weighed-in on Travis’ comment and pointed out her other magazine appearances, while Morgan echoed their remarks. However, in a now-deleted tweet, Osaka hit back at Kelly and slammed her for not doing her ‘research’ and for ‘spewing negativity’.

“Seeing as you’re a journalist I would’ve assumed you would take the time to research what the lead times are for magazines, if you did that you would’ve found out I shot all of my covers last year,” Osaka wrote.

“Instead your first reaction is to hop on here and spew negativity, do better Megan,” Osaka said.

But after she appeared to block Kelly, the commentator continued her attack and Morgan also weighed-in and said he had been blocked as well.